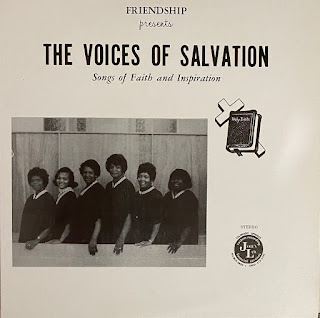 Quick trip to Colorado Springs, today. Hit the big Colorado thrift chain, but walked out empty handed at the first three locations. Really debated whether or not to go to the last one, on the north side, as I hit the road back to Denver. My car was running on fumes, and wouldn't you know it, a filling station was right by the last store!

Divine intervention appeared to be in my corner, as I found this fantastic Colorado Springs gospel record, at the last thrift stop!

The Voices of Salvation were members of the Friendship Baptist Church, located on East Dale Street, less than a mile east of the Colorado College campus. 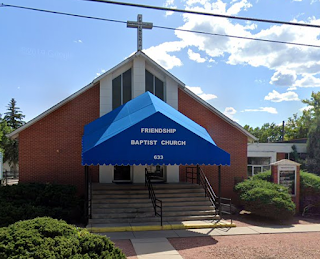 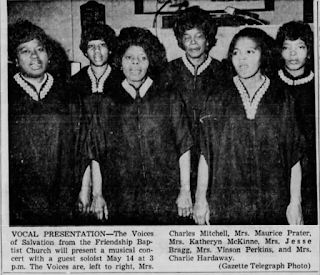 I was pretty excited to find this 1972 John Law Enterprises album, as several years ago I unearthed the outstanding Evangelist Elma and the Children of Truth LP (also on the John Law label). The Voices of Salvation contains a total of 11 soulful gospel offerings. Sadly, as is usually the case with local recordings, the production is non-existent.

The Rev. El Ray Johnson served as the church pastor, during its recording - a position he held for 27 years, before his retirement in 1992. The liner notes also credit Joe Phillips on piano, and organist G. Everett Williams.