Hey all! Yeah, I know, John Denver is hardly considered normal criteria for a blog on esoteric Colorado music history, but I had to post about this fantastic visual tribute to Colorado's favorite musical icon, at the History Colorado museum.

While the display is pretty sparse, on the exhibits front, it is nonetheless a nice show of affection to the individual who probably, single-handedly, caused a large population surge, in Colorado, in the 1970s (In 1978, I remember my dad coming home and telling us we were moving to Colorado, for his job transfer. All I then knew about Colorado was the Denver Broncos...and John Denver).

The exhibit runs now, until August 16.

Take a look at a few of the items on display: 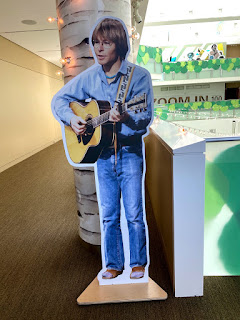 Get your picture taken with John Denver! 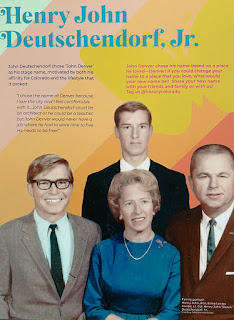 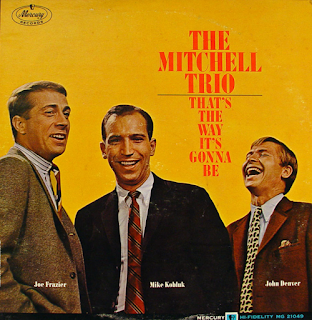 The exhibit shows a few dozen of the 50+ albums he recorded, including his first appearance on an LP, the 1965 Mitchell Trio That's the Way it's Gonna Be. 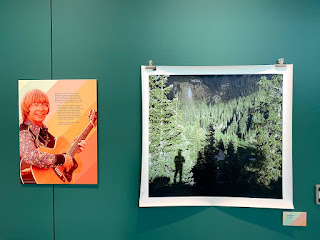 Not a lot of people knew that John Denver was an avid nature photographer.
The exhibit shows a handful of his photos. 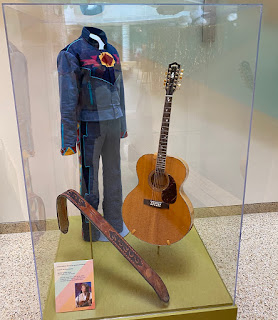 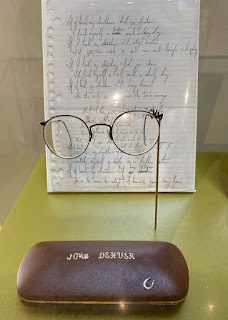 Probably some of the most iconic glasses worn on a musician, since Buddy Holly.
Handwritten lyrics to "Druthers," which appears on the 1977 LP I Want to Live. 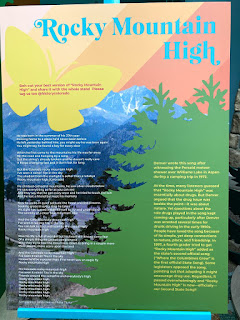 Interesting trivia on the history of his most-famous songs, including "Rocky Mountain High."
Denver wrote this song after witnessing the Perseid meteor shower over Williams Lake, in Aspen, during a camping trip, in 1972. 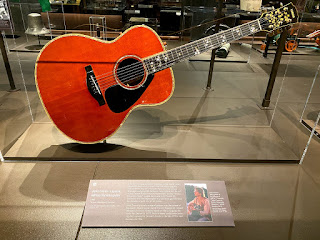 In the Zoom In: The Centennial State in 100 Objects, also located at the museum, check out John Denver's 1986 Yamaha guitar, used during the John Denver's Rocky Mountain Reunion TV special (1979). 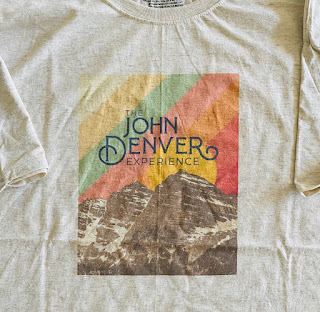 Of course, one has to stop by the gift shop!
Posted by Lisa Wheeler at 2:30 PM