The Incredible Story of When the Trolls Played the Troubadour 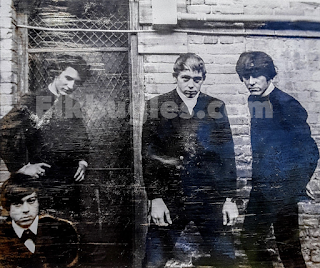 I watched the Laurel Canyon music documentary last night (which is fantastic), and it got me thinking about a story Phil Head recently told me, about how his band was (very) briefly part of the early Los Angeles rock scene. Phil just happens to be a dear friend, and the former drummer of the 1960s Pueblo band, the Trolls.

Get ready - this is an amazing story.

So early in the band's history, after one particular Pueblo show, a man comes up to the group and says, "I want to manage you, and take you to Hollywood."

"This was early 1965, before Tony Spicola became our manager," Phil told me. "Even before Monty Baker and Doug Rymerson joined the band."

Without a second thought, and with high hopes of making it big in California, the band loaded up two cars - keyboardist Fred Brescher's 1955 Chevy, and a station wagon owned by band guitarist Richard "Speedy" Gonzales. 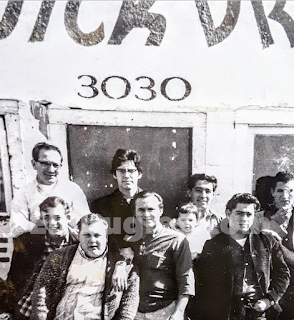 Picture taken the day before the band's trip to California
In front of the Quick Draw club, Pueblo (March 1965).
Back row: Wayne Sloan (owner of the Quick Draw), Fred Brescher, and "Reload"
Front row: Phil Head, Dick Trontel, Tom Fillmore, and Speedy Gonzales.
The trip didn't start off, as planned.

"We were somewhere between Taos and Santa Fe, and all of sudden we started hearing this knocking noise, under Speedy's car," said Phil. "It was a bad U-joint and it caught the undercoating on fire. I remember all of us jumping out, because there was a fire under the car. Speedy got a big chunk of snow, went under the car, and put the fire out."

Speedy was able to drive the car to a small service station, where a mechanic said he could fix it - but he had to drive to Albuquerque to pick up a part. So the band spent the night in their cars.

Back on the road, the group took a detour to Las Vegas, an unplanned route, which resulted in another automobile issue.

"We drove right into a dust storm, and it was so bad Speedy's car choked out and died," Phil said. "I remember being freaked out, because I had never seen a sand storm, and I thought the car wasn't the only thing going to die."

The storm passed, and the car was back on the road, finally making it to Los Angeles.

"So we get to California, and the guy who brought us there gets us a room in this apartment, right below the famous Hollywood sign. The place was a dump. Across the hall there were prostitutes," Phil remembers.

But just as the band unloaded their belongings, and were ready to conquer the L.A. music scene, they were hit with another problem.

"The guy who brought us there says, 'I have to go back to Pueblo,' and he leaves us," Phil said. "We didn't know a soul there. We had no money to pay the rent."

Stranded in an unknown city, the band looked to the apartment landlord for help.

"It just so happened the landlord of this apartment had connections at the famed Troubadour, and could get us on the bill, for open mic night," Phil said. 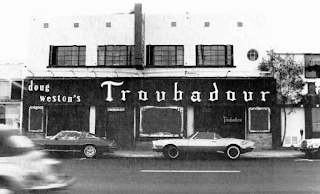 Things were starting to look up. Just two days after they arrived, the Trolls found themselves on stage at one of the most well-known venues in L.A.

"It was a great show," Phil said. "We had a great audience, and lots of applause. I don't remember the set list. We might have played some originals, but I remember getting off that stage feeling very positive about our chances to make it big here."

A chance encounter with an up-and-coming group further added to the feelings that success was just around the corner.

"So we are loading our equipment, in the alley, and these blonde, barefoot surfer-looking dudes come out of this VW van. They came up to me and one of them said, 'You guys sounded really good, we just caught your show."

The fan then asked, "When did you guys become the Trolls? We were going to call ourselves that.'"

"So I'm immediately thinking these blonde barefoot surfer dudes are in their own band, and they are trying to take away our name, and I get kinda upset, then one says, 'Yeah our record company didn't like the name we picked, because it sounded too much like this new British group, the Yardbirds, so we were thinking about several other names, including The Trolls.'"

So Phil asks him, "So what did you end up calling yourselves?"

The stranger said, "The Byrds."

He had been talking to Chris Hillman and Michael Clarke. 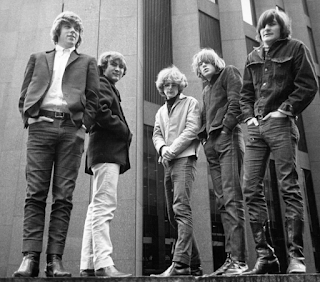 According to the history of (what would become) the Byrds, the group  (known then as the Jet Set) signed a recording contract with Columbia Records on November 10, 1964. Two weeks later, the Jet Set decided to rename themselves as The Byrds, which according to Wikipedia: "a moniker that retained the theme of flight and also echoed the deliberate misspelling of the Beatles". 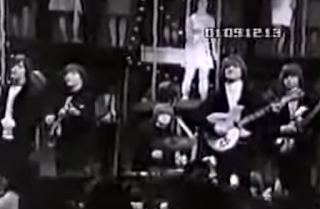 High on their success at the Troubadour, the Trolls headed back to their rented room. Speedy wanted to make dinner, and headed out to a nearby supermarket to buy groceries.

Apparently Speedy had an old warrant for his arrest, for jaywalking, and while walking to the store, the police arrested him, and threw him in jail.

Back at the apartment, the band had a problem -  Speedy was in jail, they had no money, no contacts, and no way of getting back to Pueblo. Then, it got worse.

It just so happened that living across the hall from the band was Tommy Youngblood, the R&B singer who had recorded a few singles, and felt bad for the guys. 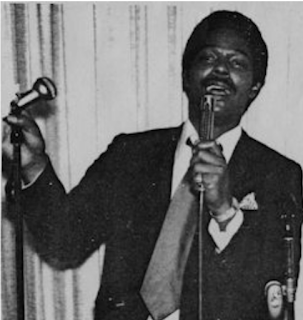 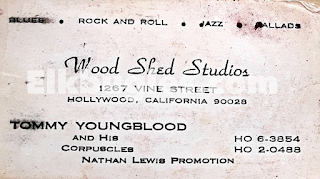 "He had a studio, off of Vine street, and asked if I could play drums for him, and do some sweeping. So we just jammed in the studio, just the two of us. He then told me that he had a place for us to stay, so we loaded everything up, and went to this place in Watts. It was a dump, but by that time Speedy was out of jail, and we were able to figure out what our next plan would be."

The band managed to contact their Pueblo friends Dick Trontel and Tom Fillmore (pictured in the first photo), who drove to Los Angeles, and rescued them. Back in Pueblo, they immediately headed to the home of the guy who bailed on them.

"We were so pissed. We broke into his house, dragged him out of bed, and into his kitchen. We wanted to rough him up, but we didn't do anything to him, but probably put the fear of God into him. He left town shortly after that, and we never saw him again."

The disastrous, but memorable, trip wasn't without its benefits, back home in Pueblo, as they were then billed as "Direct From the Troubadour in Hollywood."