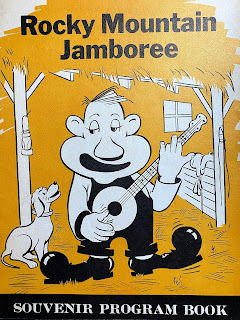 Thanks to a very generous reader of the blog (who wished not to be identified), I have acquired an incredible collection of Colorado country music memorabilia. I'm going to be featuring this collection, in the coming months, but wanted to first spotlight this fantastic piece - an original 1966-1967 Rocky Mountain Jamboree show program.

There is already a ton of info on the Rocky Mountain Jamboree and Buster Jenkins, so no need to repeat it all here - but here's a brief history: 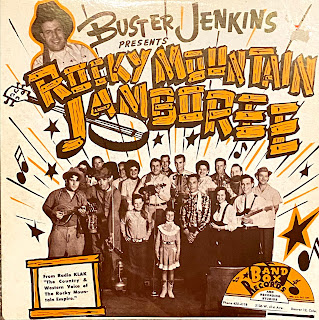 The Rocky Mountain Jamboree featured local acts, and nationally-known artists, including Tom T. Hall, the Stanley Brothers, and the Dillards. Supposedly a (very) young Donna Fargo was part of the show line-up (the little girl in the center of the group photo, above). The show ran until 1970.

Buster was inducted into the Colorado Country Music Hall of Fame, in 1978. He died in 2008.

Back to this show program...

This rare piece of ephemera shows pictures of the show's 1966-1967 cast. Let's take a look (some pictures are watermarked): 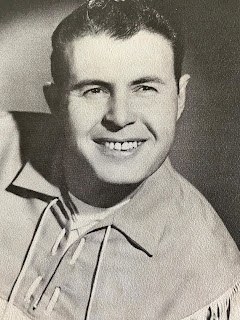 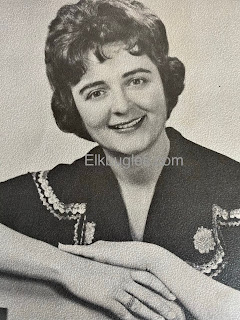 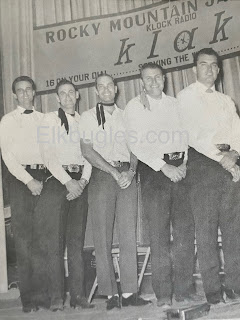 Another group which included Buster (pictured second from right). Also note Don Henningson was a part of this line up. Band also included Mike Hogan, Carl Jewell, and Jerry Street (who would go on to record on Buster's High Country label - "Cold Cold Winter's Coming On" / "Don't Worry About the Poor Folk" and "Table Number Three" / "I'm Goin' Crazy)" 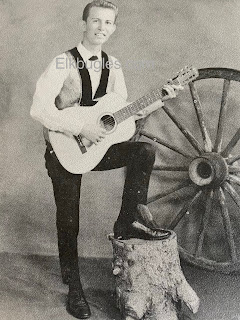 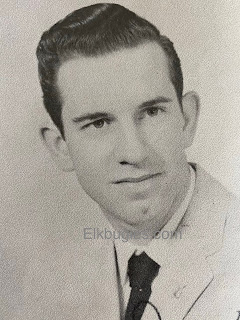 The program notes that he started with the Jamboree in 1966, and that "he plays better clubs in Denver." 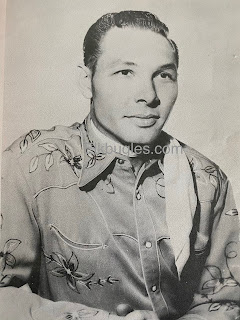 (Born Marion Domer - 1933-2009) The program notes that he is an original member of the Jamboree and that the crowd loves his versions of Hank Williams songs. 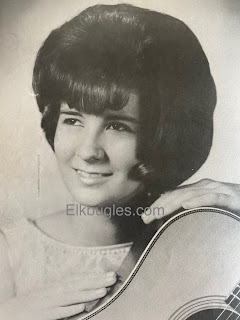 Recorded on the CLW and ABC labels. Her version of "Almost Persuaded," made both the Billboard and Cash Box charts ("bubbling under" the Top 40 charts at #45 on Billboard, and making the Top 30 on Cash Box). The program notes that her next hit will be "If You Think You're at the Bottom." She also recorded another CLW release, "Time to Hurt Again" / "Please Mr. DJ." 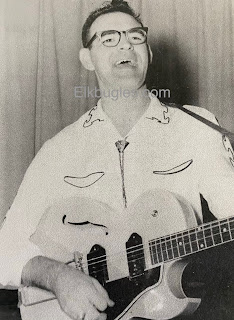 "Known for his big Texas smile." Hal would record for the Newland (CLW subsidiary label), "How Can You Tell True Love" / "I'm Leaving You Tomorrow" 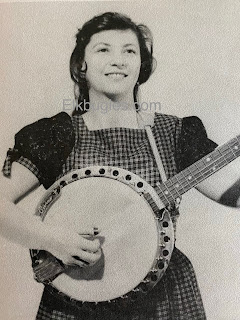 Born in Wisconsin, she was listed as a member of the Blue Mountain Gang and the Possum Trotters. The program notes that she has been with the Jamboree for four years. She was inducted in the Colorado Bluegrass Society Hall of Fame in 2017. 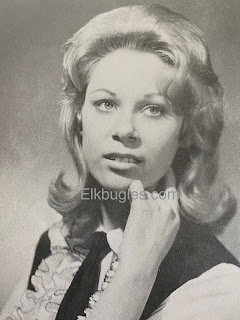 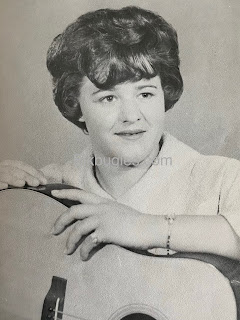 (1944-2019) Originally from Casper, WY., her signature song was "Ain't Nothin' Shakin'." She would later serve four terms as the mayor of Evansville, WY. Recorded on the Big Sandy label (with Dave Finn - see mention in The Prairie Sisters) "If You Had Looked Me in the Eye" / "I'm Hangin' On". 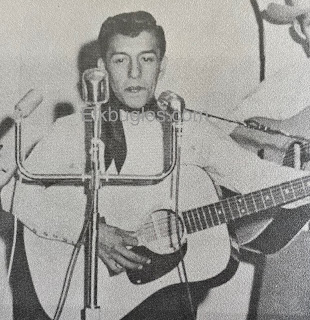 Was noted in the program as a popular service club entertainer. 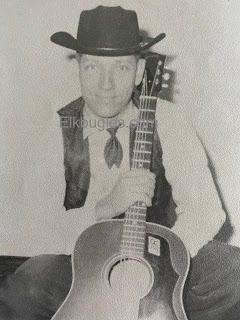 Known for his duets on stage with Doris Fischer, in the early years of the Jamboree. He apparently took some time off, and according to the program, came back to the show in 1966. 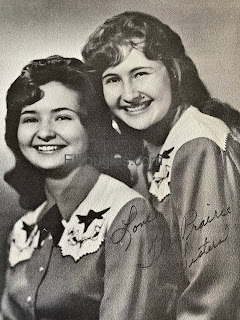 According to a 1968 Billboard story. "Marve Hoerner has signed Donna Cay and Frances Ann, the James Sisters, to a personal management pact. The girls will be co -managed by Vi Flageolle, in Denver. Formerly known as the Prairie Sisters, the girls now are appearing in the Bobby Parrish show package." The Bobby Parrish touring group also included Dave Finn (see Bonnie Humphrey above). 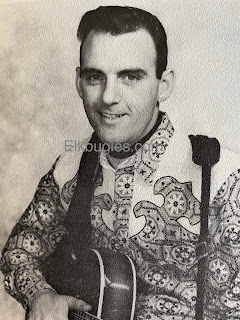 Also recorded on the CLW label ("Why Do You Let Me Hang Around" / "Will You Go Find My Daddy"). The program notes that he is the show emcee and is managed by Buster. 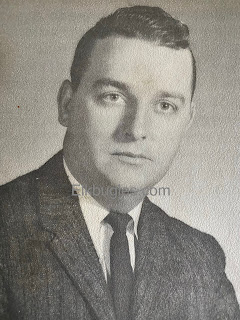 The program notes that Charlie is part of the warm-up show and does imitations of famous country singers. He recorded on the Linco label ("One Eyed Sam" / "And Old Memory" and "Just Like Before" / "Dying Love").