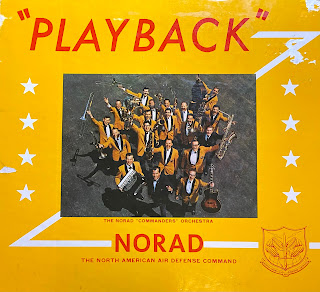 From 1966-1968, the folks at NORAD (you know, the men and women who monitor the skies for incoming nukes) produced a radio show. But this wasn't show about the nation's defense system, nor was it an update on how safe the country is from a nuclear attack. No, this show was all showbiz.

The 15-minute program, entitled Playback, featured music performed by the NORAD Commanders Orchestra, and the side groups, The Dixietones and the Velvetones. Major Vic Molzer served as the leader of the groups. The show was hosted by Sgt. Bob Lyman.

Listen to the show's introduction

How could we live in fear, with that bouncy beat?

While I was familiar with NORAD's prolific music discography (last count I had 18 different NORAD albums in my collection), I never knew they put together a regular radio show, and I certainly had never seen the box set they sent to radio stations! Very cool addition to the stash. 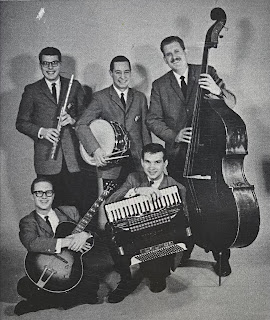 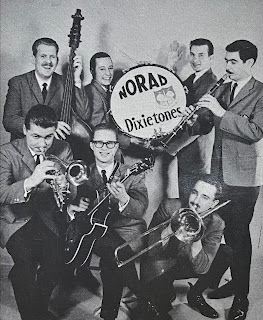 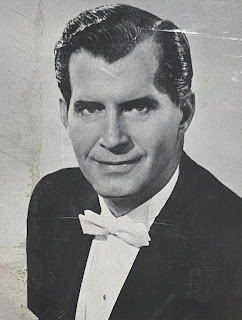 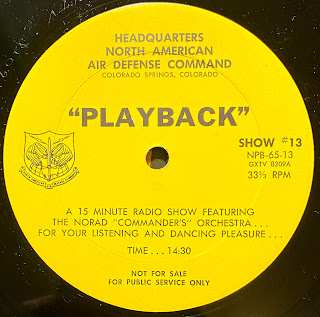 I now have three volumes of box sets, which include seven albums each (one 15 minute show, per side, so 14 shows per box). I couldn't find a volume four, so I'm only guessing that the program ended after 42 shows.

No idea how many stations actually ran the program, but I found a notation in several newspaper radio schedules, from California to Canada.