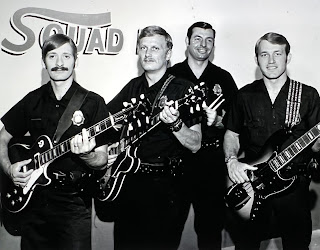 In 1972, during a pre-patrol roll call at the Denver Police District 2 offices, Captain Doral Smith asked his officers a question nobody had ever heard him ask – if anyone played a music instrument.

“Our district was in the northeast part of Denver and, at that time, there was quite a bit of racial tension,” said Michael Gargaro, who was then an officer, stationed at the District 2 station. “Captain Smith’s intentions were to connect with city youth, through music.”

“We put together a dozen songs and performed. It went so well it was decided that we should have a drummer and a name. A few days later an officer by the name of Wulf Kroekel was recruited to the band. Within a week we settled on the name “Squad IV.” Sergeant Don Westbrook would supervise the group, as per regulations. 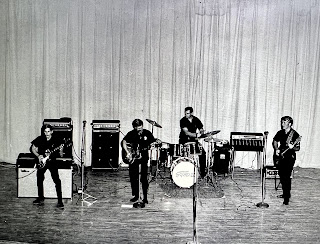 The newly-formed group immediately started being booked by schools and community groups. "East High School was our first official concert in a Denver Public School [picture above]". The concept of seeing police officers playing pop music was a hit with students, and proved to be a successful public relations idea for the department. One which was quickly getting noticed, outside of Denver.

“We got an offer to go on the Johnny Carson Tonight Show. We had made some tapes back then, and Johnny’s show producer, asked to hear them, and booked us. We had our plane tickets and everything. We were so excited. But, even back then, there was political correctness. The producer of the show had second thoughts. They were concerned that it would divide their audience. We were really disappointed.”

While the Carson appearance was a bust, it energized the group to get into the studio, to record.

“Captain Smith contacted his friend Don Martin, over at KIMN. He had a studio and he got us in, and we worked with some studio musicians for back up stuff. We didn’t really like the recording process. We wanted to record live. Don explained that’s not how you do it. It sounded fake and we weren’t happy. In the end it was combination of live and overdubs." 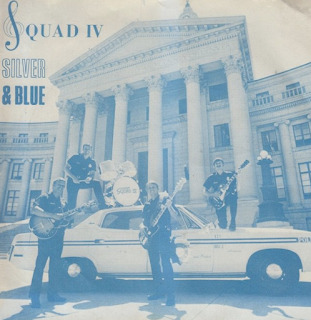 Squad IV – Volume One (Silver and Blue) served as a promotional item at school events and community concerts. The money made from the disc was earmarked for the local March of Dimes. The 7” EP contained four songs – “I Believe in Music” (Mac Davis cover) / “Proud Mary” (Creedence Clearwater Revival / Ike and Tina Turner cover) and “Steamroller Blues" (James Taylor cover) / “Joy to the World” (Three Dog Night cover). Gargaro believes 1,000 copies were pressed. Other credits on the disc include Ralph Harrison, Dean Tellefson, and Jim Schumacher.

Squad IV would not, of course, be the only law enforcement band in Denver. Early in the formation of the group, Captain Smith enlisted the help of Bo Cottrell, who was a member of the very popular group, the Lawmen, which included members of the Jefferson County Sheriff's Department.

"Doral got a hold of Bo Cotrell and told him what his plans were for the group. It was Bo who actually helped us. We even got to perform downstairs at Taylors supper club while the Lawmen performed upstairs in the main showroom upstairs. There was never any competition between us and the Lawmen. They were more like the Kingston Trio, with some comedy thrown in.”

As Squad IV’s popularity exploded, it was suggested that the next single should move away from cover versions of Top 40 songs.

“Knowing that we had a possibility of national fame, it was recommended that we record originals. People told us we were going to be big,” Gargaro said. 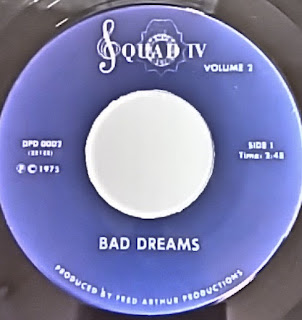 For the second record (entitled Volume 2) the band enlisted the help of Fred Arthur Productions. The disc would include the songs “Love Is Forever” (composed by Paige Lyda), and “Bad Dreams” (written by Michael Gargaro). Gargaro believes 1,000 copies were pressed.

“We were playing at the Playboy Club in Denver, at the top of the Radisson, off Lincoln Street. It was not really what a person would think. It was a very professional environment. Very high class. They had two rooms that had live band music, and another for comedians. [Denver's-own Fats Johnson was the in-house comedian]. We played there on our off-duty time, with permission from the Police Department. We had several stints there. Anyway, T. Rex had played that night, in Denver and the band members were staying at the Radisson. All of a sudden, they walk in, and start hanging out. They noticed that our equipment was like theirs, so they come up to the stage and started playing.”  Squad IV Also performed for Engelbert Humperdinck at the Playboy Club, after his appearance in Denver. 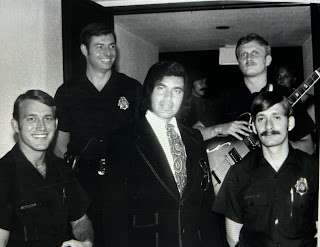 The group would go on to open for BB King, at Denver Coliseum. In 1981, when the Oak Ridge Boys came to Colorado, they specifically requested Squad IV as their opening act. 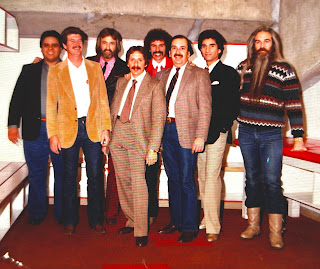 “A few years after that the Oak Ridge Boys came back to Denver, to do a show with Kenny Rogers. Their manager called us and asked if we wanted to meet Kenny. They were staying at the hotel near the stadium and had us escorted to the event to meet Kenny. We gave them all some Denver Police ball caps as a thank you for their kindness"

While the band was riding high on local popularity, the original line-up would soon change.

“We were together for about five years, then we replaced Wulf,” he said. “He decided that he wanted to be more involved in promoting the band.”

Officer Gary Kerchmar was brought in to replace Kroekel, but he wouldn’t last long. “So, Doral put out the word, and we had a drum competition. I think three or four guys auditioned, and that’s where we got Jerry Martinez.”

While the band was a fun diversion from patrol responsibilities, many of the band members wanted to be back out on patrol. “I think they thought this would be like a military band, but for a lot of the guys, we wanted to be out on the street,” Gargaro said.

Captain Smith would soon retire, and Squad IV would be moved into community services – doing DARE programs, and other school resource responsibilities. The department would then go through another major shake-up. While Police Chief Ari Zavaras supported the band idea, those who would followed him did not fully endorse the program.

“After a couple of years, the department insisted that we work the street. We continued to play, on our own – with permission.”All the members were eventually promoted to detectives and moved on.

Squad IV’s affiliation with the Denver Police Department ended in 1985, but they didn't disband. When they started playing on our own, they added several band members – Marty Martinez on keyboards and trumpet, and Bob DeGasperis, saxaphone. Bob would pass away in 1999, Ricky Martin, who still performs in local Denver area bands and bassist Eddie Perez who currently performs in church worship bands in the metro Denver area. Squad IV officially broke up, in 2016, after Rodger Berry passed away.

“We were at the point where there were only three members left, and using fill ins just wasn’t working." Gargaro said.

Original member Dave Kechter passed away in 2009.“I ended up being the only original until the end,” Gargaro said. “It’s funny, none of the members in the band ever thought about giving up their police gigs to be music stars. Every one of them reached full retirement, and I did 30 years.”

At 71, he runs his own security business, Covenant Community Services. He has fond memories of his time in Squad IV, and still runs into people who feel the same.

“Every now and then we will run into people who remember when we came to their school. One guy told me Squad IV was the reason he became an officer.”