All in the Family - John Juenemann 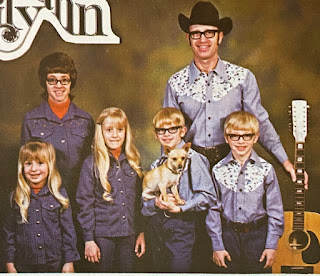 Marguerite Juenemann credits her love of performing, in large part, to her Uncle John.

"Absolutely. He was a big influence on us. My brother and I got into performance, because of him," she said. "We wanted to do it like him."

Juenemann would go on to become one-third of the Denver-based, twice Grammy-nominated group, Rare Silk, but her early musical roots are based, in part, in bluegrass and country music. In 1974 she moved out to Colorado, from New York, to attend the University of Colorado - Boulder. She joined her brother Bob, who had already come out west. Her father's family members were located in nearby Kansas, including her Uncle John.

"The 1970s were incredible for the local Denver-area music scene, back then, We would go out to the Oxford Hotel (Denver), or the Colorado Coal Company (nearby in Erie) every week. You would see lots of people show up - Stephen Stills, members of The Turtles. One night we were standing in line, at the Oxford, we saw Tom Waits standing there. He was writing a song, which would later become "Nighthawk Postcards" [from the 1975 LP Nighthawks at the Diner  - "Maybe you're standing on the corner of 17th and Wazee Streets, yeah/Out in front of the Terminal bar there's a Thunderbird moving in muscatel sky..."].

It didn't take long for her to form her own group. Joined by her brother Bob, and bassist Doug Howe, they became the trio, Odessa. 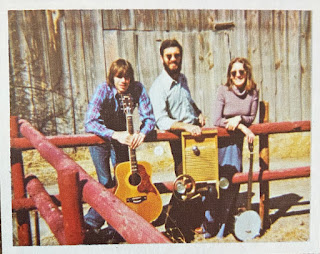 
"Doug was from Illinois, but he went to school in Texas, so we chose to look at map of Texas, to find our group name. We just liked the name Odessa."

While her Uncle John was a farmer, and worked in the co-op industry, in Oberlin, Kansas, he was an aspiring singer, who wanted to turn his love of songwriting and performing into a vinyl recording.

"John was my dad's youngest brother. It was a big family, and we would always get together and sing harmonies, so I don't think he had to look very far to find a trio of musicians to help out on his record."

Recorded in 1976, at Viking Studios,  John Juenemann not only included niece and nephew Marguerite and Bob on the recording, but also his wife Henrietta ("Hank"), and the kiddos - daughters Barbara (5-years-old) and Carolyn (10-years-old), and sons Ronnie (9-years-old) and Gary (8-years-old)...and pet chihuahua, Peanuts.

"The recording session was in the trailer of Viking's 18-wheeler mobile studio. It was in the parking lot, I believe in Englewood."

"I'm on banjo and guitar. My brother plays harmonica and washboard, and Doug played bass," she said.

In spite of having four children in the studio, Juenemann says the session was all professional.

"Uncle John was quite serious. The kids had fun doing it. To be honest, I think the whole experience gave them so much opportunity later in life. They learned how to not be afraid to speak in public, because they had so much experience performing, early in their lives." 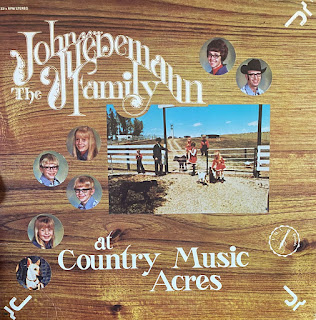 While the album features cover songs (including the Shel Silverstein "Daddy What If" and "Singin' in the Kitchen" along with the Leroy Van Dyke "The Auctioneer," the Lonzo and Oscar "You Blacked My Blue Eyes Once Too Often" and the Hank Snow / Johnny Cash version of "I've Been Everywhere") it's apparent John Juenemann took his songwriting inspiration from his family. The album includes original-penned songs dedicated to each of the children, and one dedicated to his wife.


Listen to a sample of "Our Tenth"

The John Juenemann Family at Country Music Acres was released on the CMA record label, and sold during the family shows, or by mail order. Marguerite says the local Oberlin radio station played several cuts, as well.

"It was exciting to see the album. It was the first time I appeared on a record, so seeing yourself documented like that was a thrill."

It would be the one and only vinyl recording produced by the family.

Odessa stayed together about three years, breaking up shortly after the release of the album - but it wouldn't be the end of the brother and sister Juenemann siblings.

While in Boulder, Marguerite got into the street performance scene.

"The Pearl Street Mall was just being built, so my brother and I formed the Street Corner Choir, with my brother Bob, and Paul Weston."

While the trio would be well-known regulars in the Boulder street music scene, they would later appear on the 1979 Ophelia Swing Band LP Spreading Rhythm Around (as the Street Corner Choir), with Dan Sadowsky. 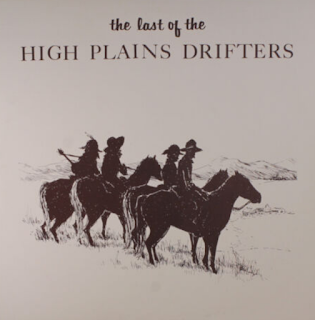 In February, 1978, while in the Street Corner Choir, Marguerite was joined by fellow local singers, Gaile Gillaspie and her sister MaryLynn.

"The crowd was very receptive and in May, we had our very first Rare Silk gig."

The group took off, as the opening act for Benny Goodman, at the Playboy Jazz Festival. They recorded their first album New Weave, in 1983. Their freshman effort was nominated for two Grammy Awards (Best new vocal jazz group and best jazz vocal arrangement). 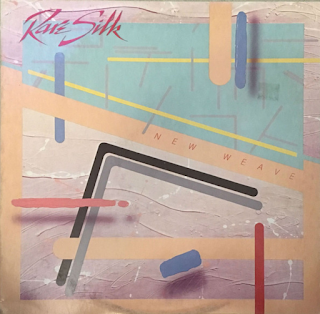 Juenemann would leave the group, before their second effort, the 1985 LP American Eyes. Rare Silk would go on to release the 1986 Black and Blue, before disbanding, in 1988. 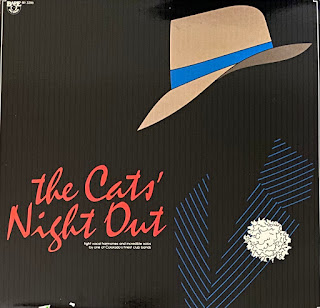 In 1983, Bob and his wife Karen appear on the Cats' Night Out LP, with Sandra Fauth, Mike Fitzmaurice, and Phil Scheuer.