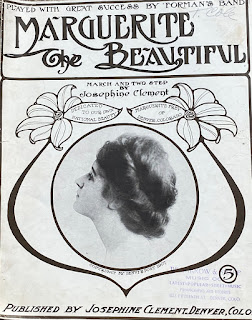 My dear friend Tom Merry offered me up a stack of state-related sheet music pieces, recently. While my own collection is a small fraction of my obsessive Colorado music archive (compared to the records), I've really enjoyed diving in to this much-neglected segment of the state's music history.

One of the pieces he generously gave me was a 1907 instrumental entitled "Marguerite The Beautiful," by Josephine Clement.

In case you couldn't tell by now, I love digging deep when it comes to these finds. Of course, I had to find out more about Denver's "Own National Beauty."

In 1906, The Chicago Tribune sponsored a national contest, to find the "most beautiful woman in America." The publishers invited newspapers, from 26 major U.S. cities, to hold their own state contests.  Knowing that pretty women might be too modest to enter, the paper encouraged friends and family to enter the young lady's photo.

Marguerite Frey's sister saw the contest ad, for a "sweet, unaffected American girl, the finest creature ever created," and secretly entered her sibling's photo in the local Denver post contest.

To her shock, Marguerite, an accountant at the Bankers Supply Company (formerly located at 2830 Blake) won the contest, and was named the "Most Beautiful Woman in Colorado."

But the blue-eyed blonde's fame wouldn't end there. As the winner of the state contest, Marguerite was instantly entered in a national contest, to be held in Chicago, to pick the most beautiful girl in America.

According to the French published Au Pays du Dollar (In the Land of the Dollar), by Raymond Gros and Francois Bournand (1907), which documented American culture of the era, and the contest:

"Marguerite Frey was a 19 year old, blue eyed blonde, working for $8 a week at The Banker's Supply Co.. She stood 5' 8 1/2" tall, weighed 135 lbs. and had a 36" bust. She likes music, a clear moon, red and white roses, little white cats, chocolate cream, and theatre matinees. She dislikes cruelty, envy, snakes, gossip, and under-cooked meat.  Her ideal pleasure would be a large bouquet of violets, a box of cream chocolates, a boat ride on a lake, with the moon reflecting in the waters, and a young handsome man rowing."

The book went on to document:
Her greatest ambition: to be a good girl.
Her greatest hope: to earn his good fortune.
Her greatest fear: an unhappy marriage.
Her dearest friend: her mother.
The one she loves the most: her sister.

According to the authors, Marguerite "saw the other candidates, and thought she couldn't win, but she still got a trip to Chicago out of the experience."

On July 7, 1906, Marguerite Frey, the accountant from Denver, was named "The Most Beautiful Girl in America."

The Denver Post posted a large two-page spread on her national celebrity - and a full-page color picture, on its front page. 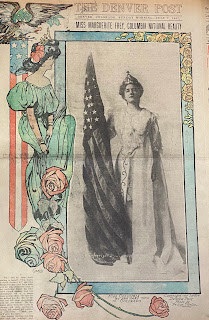 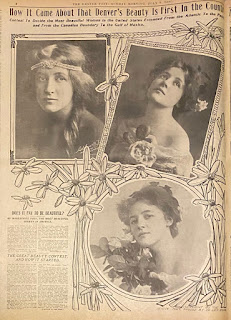 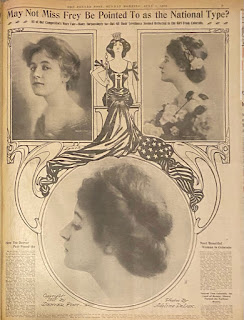 The book notes that, according to the judges, Marguerite won because she had "a perfect profile, perfect pink and white skin, large tender blue eyes, beautiful, thick curvy light golden hair, perfect white teeth, and purity of expression."

National publicity soon followed, as reporters came to Denver to find out more about her. The Au Pays du Dollar notes: "Marguerite Frey, the most beautiful woman in America, and perhaps from all over the world, remains in a modest small house on a quiet street in the fashionable district of Denver. She lives there with her widowed mother and sisters. The father was a hard worker who saved and bought this little house for his family. He died shortly after. Marguerite, in her older sister's opinion, should receive a good education and she graduated from the Normal School. Then she entered as an accountant at Bankers Supply Company. She had to work to help her mother."

As Marguerite's fame grew, so did the creative tributes to her celebrity. Along with the sheet music, I found several postcards produced (click on each to enlarge). 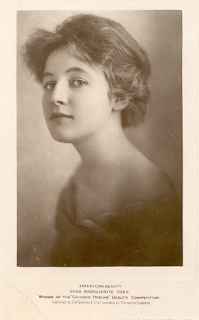 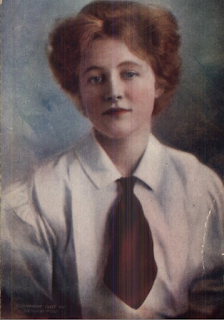 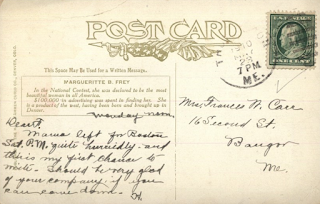 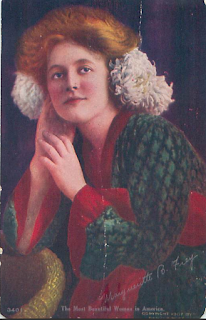 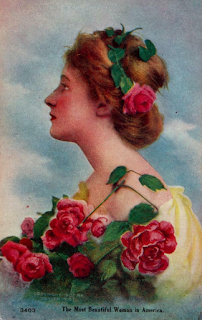 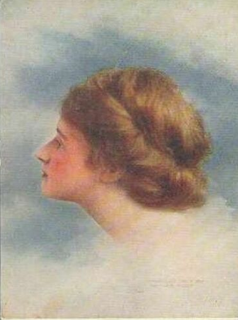 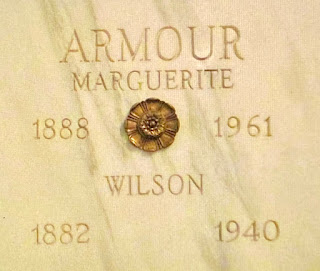