It's that time again, for national political conventions. While there were quite a few Colorado songs dedicated to a particular President, I could only find one song, in my personal stash, dedicated to a political party. 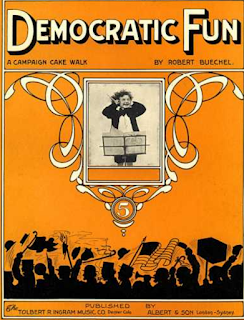 "Democratic Fun," performed by the Queen City Ragtime Ensemble, was actually taken from a 1908 song, penned by Robert Buechel, and published by the prolific Tolbert R. Ingram. The ditty was in commemoration of the Democratic National Convention, held in Denver that year, at Denver Auditorium Arena (see another related piece of sheet music at the bottom of this story).


"Old time democracy is good enough for me
To Washington we'll go
For four long years or more
And in the White House grand
Once more we'll take our stand
And fight for country, and home and old democracy."

While William Jennings Bryant was chosen as the nominee, it was William Howard Taft who occupied the White House, the following four years.

The 1908 convention was the first convention of a major political party in a Western state. The city did not host another nominating convention until a century later, at the 2008 Democratic National Convention. 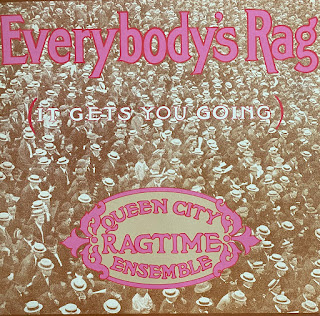 The ragtime band came out of the equally-popular Queen City Jazz Band, a group which is still very active, after more than 60 years together (the jazz band formed in 1958). 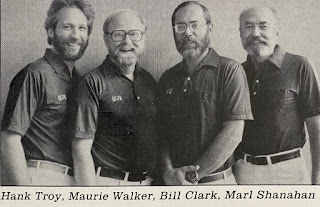 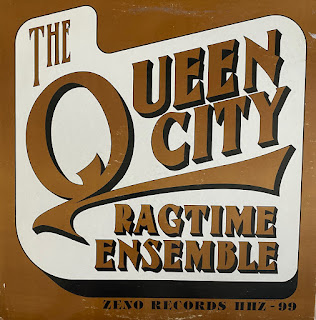 Walker and Clark show up on the 1981 Ragtime Banjo Commission album, along with Jeff Frank (of the Pearl Street Jazz Band) and Cal Owen. 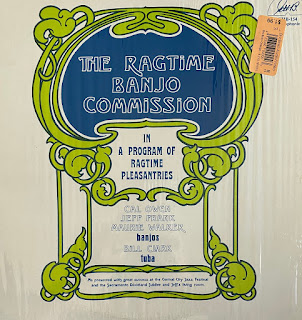 While there has been a revolving door of members in the group, Hank Troy is still part of the ensemble, and is the last remaining active member of that vinyl recording era. 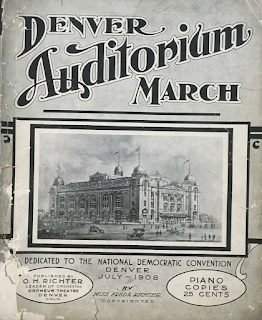 Also of note, there was another piece of music composed for the 1908 Democratic convention, in Denver - "Denver Auditorium March," written by Freda Richter (and published by O.H. Richter - leader of the Orpheum Theatre Orchestra, Denver).
Posted by Lisa Wheeler at 8:32 AM