The Sounds of Babies

I'm often asked, "What's the weirdest Colorado record you have discovered?" I try not to be derogatory with my descriptives, as most of these records were made with personal love... but there is ONE that does fit the bill.

Ladies and gentlemen, I give you Dr. Joseph H. Lyday, The Sounds of Babies. 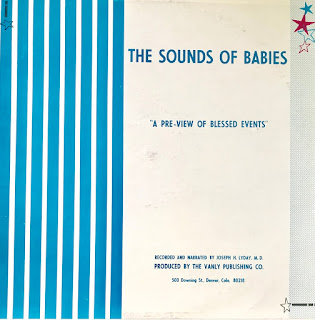 Dr. Joseph H. Lyday was a Denver pediatrician and world-renowned authority on the health of children (think a Colorado version of Dr. Benjamin Spock). Sometime during his practice, he thought it would be a good idea to record an entire album of babies crying, in an attempt to "understand" the vocal inflections of an infant.

To be honest, after one listen of this, I'm deeming it the best birth control method, ever.  Yup, this is pretty much the polar opposite of Barry White. 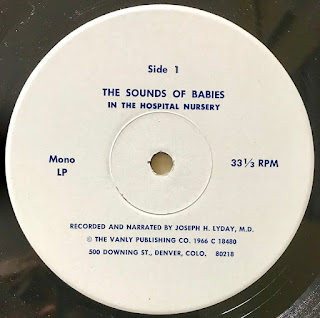 Dr. Lyday, who was a resident of Denver, attended the University of Michigan. During World War II, he gave up his local Colorado practice to serve in the military, where he was a Captain in the U.S. Air Force medical corps. After his service he returned to Denver, where he picked up where he left off, as a private pediatrician.

According to a search of copyrighted recordings, Dr. Lyday also produced a record entitled "The Potty Call" (1965).

Dr. Lyday died in 1997, after retiring to Florida.