The Unexamined Life is Not Worth Living 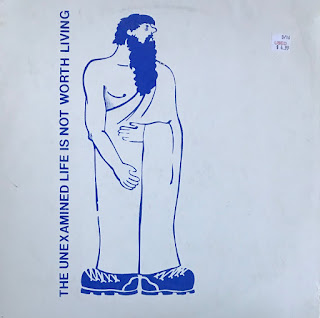 Hey all! If found this LP, in an Denver used record store, a couple of years ago. For $4.99 I thought I would take a chance on what appeared to be a homemade album. I filed it away, thinking I would do some research, when I found the time.

So I rediscover the LP, while researching my massive Colorado song database project. I pulled out the album, and out comes papers of typewritten notes!

Guess what? It's a Colorado record! How about that?

The Unexamined Life is Not Worth Living album was the project of the Jefferson County Open Living High School, located in Lakewood. According to the notes in the album, "This project is designed to teach students how to write lyrics and melodies, and then to do music arrangements and recording of the songs. In the course of working on a single song, a student may write part of a lyric or a melody, participate in arranging the music for a number of musical instruments and voices, and set up microphones and operate our four track tape recorder."


(NOTE: This 1979 album is mentioned in Acid Archives, but as a New Mexico album, which is incorrect... and yes, I did check the value. Apparently this LP is considered rare and is prized by collectors. In 2016, Popsike recorded a realized Ebay auction price of $219. Discogs currently has four for sale - from $360-$1,114 (!!) 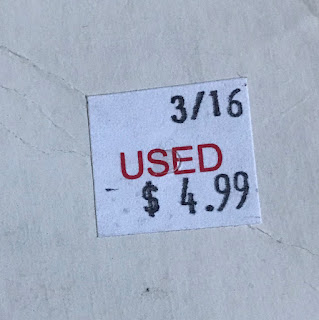 The LP was directed by Dan McCrimmon, who previously recorded on the Biscuit City label (Colorado Folk, Dreams, Lies and Whispers and New Road). He was also half of the duo Frummox (with Steve Fromholz), and worked with other Colorado singers, including Harlan Quinn, and Marie Rhines, to name a few.

Also noted in the credits are Dick Weissman and Harry Tuft. In 1961, Weissman co-founded The Journeymen with John Phillips and Scott McKenzie. He appears on the Alan Kelly LP Selected Heartichokes, as well as the same Marie Rhines and Harlan Quinn LPs, as McCrimmon. In 1979, he recorded a solo album on Kicking Mule Records,  Modern Banjo - Mountain Style. Weissman also teamed up with Harry Tuft (who is credited on the Unexamined LP as Director of Technical Services) on the LP Favorite Folk Songs Minus Guitar. Tuft is well known as the founder and former owner of the Denver Folklore Center, and is an inductee in the Colorado Music Hall of Fame.

The idea for the project came, in 1978, when Dan, and his wife Teresa were informed about grant money to work with kids, to teach them to write and record their own songs. "We initially took the idea to the Adams County School District, and they said, "Sure we want it, but we don't want you," said Teresa McCrimmon.

"I was not a licensed teacher, so they turned us down," added Dan McCrimmon.  "So we had this Title IV-C Educational Risk money, and nowhere to use it. We went back to the state and they said 'Well you still have the grant, Adams (County) won't get it without you.' We had connections with Jefferson County Open School, or Mountain Open High School, as it was called, and they jumped at the opportunity."

Recording an album, with student-penned songs, was always the original intent of the project. 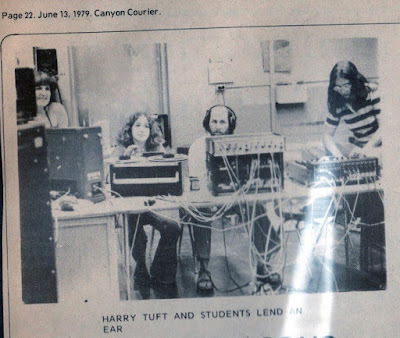 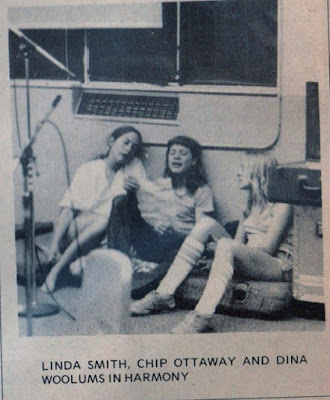 The album was produced between January-June, 1979. Dan McCrimmon believes between only 100-150 of the albums were produced. They were pressed at a record plant, in Cheyenne, WY. Each album included three pages of typewritten liner notes. 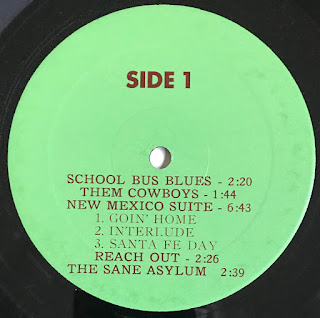 The album opens with the folky "School Bus Blues," performed by Tebor Saw and Barb Flory.  "Them Cowboys," performed by Karan Pond, is a nice soft femme folk offering. The "New Mexico Suite" is a fantastic three-part cut (clocking in at almost 7-minutes long). "Going Home to Nowhere" which starts the suite, borders on loner psych folk, with heartfelt vocals by Jarrell Robinson. A violin instrumental follows-up, then "Santa Fe Day," closes out the cut, with vocals by Abbey Ruskey. "Reach Out" brings back Karan Pond on vocals, who shines on this simplistic folk song. Side one ends with "The Sane Asylum," a hodgepodge novelty folk and spoken word offering.

"Initially, the kids wanted to write rock and roll, but we had limited resources, and encouraged then that ballads were a better forum," said Dan McCrimmon. 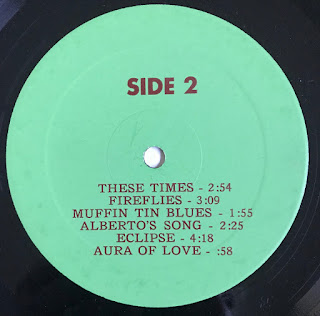 Side two starts off, again on the femme folk side, with the standout song "These Times," performed beautifully by Meredith Grenfell. Just lovely. "Fireflies and Flemish Dragons," is a very mellow, harmony-intensive female vocal song, performed by Chris Hubley.  Given all of the mellowness, the next cut, the harmonica country rap "Muffin Tin Blues" doesn't seem to belong, but singer Mark Holland offers a respite. "Alberto's Song" gets the album back on track with a gorgeous guitar instrumental, by Alberto Franco. "The Eclipse Song," performed by Trebor Saw is another standout performance. Just a guy and his guitar, but it is one of my favorites. Side two ends with the much-too-short song "An Aura of Love," performed by Dina Woolums.

"It was such wonderful fun to have the expertise of Dick Weissman and Harry Tuft," said Teresa McCrimmon. "To have these professionals sharing their expertise with teenagers was just wonderful to watch. To work at the Open School, to work with students with so much energy and guts, to put themselves out there, it was wonderful."

"The project was transformative," said Dan McCrimmon. "I got my teaching certification and taught there at the Jefferson County Open School, for 23 years."

Dan McCrimmon is still very active in the music industry, and is well-respected luthier (link to his website).